Everything you want is in the other side of fear

So so much has gone on since I wrote the last blog -- a whole summer has passed and to be honest there is so much that I could write about, but I've chosen the SKYDIVE as my topic....

See, I'm that kind of girl that just does stuff, you know, random stuff that everyone just goes 'uh why is she doing that?'

I'm the kind of girl that gets really scared about stuff and then I just kinda do it to see what happens next. This is why Nath makes most of the important decisions in our lives. True story!

I've always wanted to do it, to jump out of a plane, but to be honest heights scare me -- really scare me. A sky dive is like the ultimate test for someone who is scared of heights, right?

So there's me over here for years like I wanna do it, I wanna do it, but I never actually do it as I'm not really a good organiser. Even when I had my friend Amy egging me on and saying she would do it with me.

Then I saw a charity that was close to my and Amy's hearts, all I had to do was sign up, try and raise some money, and, voila, I could jump out of a plane. I signed up and I was all like 'la la la I'm jumping out of a plane la la la!' The months got closer and closer and it started to dawn on me -- I'm actually going to jump out of a plane, it's actually going to happen and I have had so many donations and words of encouragement that to drop out now would be selfish!

I was scared, really scared.

It gets to the day of the jump and I'm crapping myself (sorry I can not think of any other word to describe how scared I was) I had family and friends, and more importantly my children there waiting to watch me do it. I had those butterflies in my tummy and sweaty palms. And everyone asking if I was excited, I really wanted to say yeah whilst jumping up and down.

We got kitted up after watching a 5 min DVD — yes, that was my training, a DVD and someone watching me lift my legs up to see if I could actually do it -- if I wasn't scared before I was even more after this!

We go up in the most rickety plane ever, about 12 of us all squashed in like sardines, and we get to about 12,000 ft in the air and the shutter is pulled open. At that moment people just start jumping out like lemmings! I was starting to panic and my heart starts beating outside my chest. I would've cried had there been time to.

We fall, we literally free fall for about 45 seconds -- the first 2 of those was the most terrifying of my life, after that it was the most immense feeling. The parachute went up and WOW just WOW. My senses kinda didn't know what to do. My eyes were seeing the whole of the south coast from way up high and it looked stunning; my ears, well, they couldn't hear anything, when I say they couldn't hear anything I mean just that. I have never experienced anything like it, there were no birds, the plane was long gone and I could hear very slightly the wind on the parachute when it turned. I want to be able to make a name for that silence and stillness, I want to be able to bottle it.

It was then that I realised that I had just jumped over to the other side of fear. I had been so scared and worried, that I had missed some of the exciting things that were going on during the build up, simply because I was concentrating on the 'what ifs.'

'Everything you want is on the other side of fear'

Will Smith's quote, and to be honest who can argue with that man!

Now to think what is it I am seeking/wanting What am I afraid of, and what could be on the other side of that fear.... Guess there is only one way of finding out. Taking the plunge, you just don't have to do it so literally as me.

P.s it was a tandem so I had someone jump with me, take controls and helped me land safely, a lot like the big man upstairs. 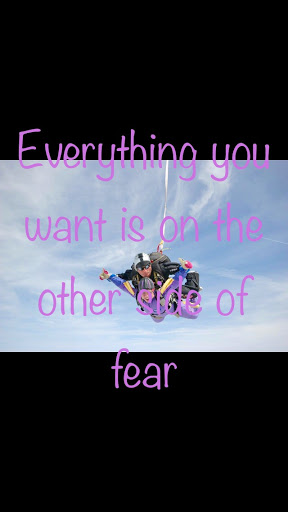 Where have we been, where are going? 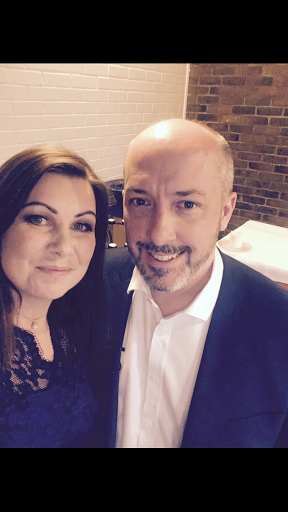 So we are one year in.

One whole year of getting this show on the road.

I write that and I realise that this is not entirely true so the idea of this first blog is to explain where, how and why ‘The Big Story Trust’ came about

As with all great things, it started with a lot of late night talks over good food with good people and plenty of prayers - that's how great ideas are born right? This idea was born many years ago and has been influenced by many people that have been, and still are in our livesover the last ten years. So much has happened in that time that it's impossible to write about it all without boring you all, but enough has happened to have shaped us as a couple and then as a family to work out the path we have been given and how to get started.

Nathan is the doer (is that even a word?) in our family - he is the one that makes things happen. He thinks an awful lot, but does amazing things without most people even knowing. He has a natural talent for being able to share the Good News with people - people who are all on different paths and different journeys. He is able to speak people personally without maybe knowing them personally (I have only ever met one other man who has the ability to do this - his name shall be G-Man and I’ll write about him another time). It's freaky, but in a good way. Nathan is a social activist and his passion for people shows in his everyday life and the changes that he brings about in the world.

Nathan has a unique way of being able to combine his mind-blowing (some say leg-shaking) magic with preaching the gospel – a perfect match right? Well this is the first aim of ‘The Big Story Trust’ - to go into schools, workplaces, churches, youth groups and universities and share God’s gift. Then there is the training side of ‘The Big Story Trust’. Nathan loves being able to guide and encourage people and has done extensive research on church growth. Based on this research, he deliverstraining to church leaders about managing volunteers.

Then you throw me (Kayleigh) into the mix with my passion for mission and my zest for travel and I think you have yourself a pretty good cocktail! I love people, I love people watching, I love meeting new people and I love seeing them in their own environments and just ‘being' with them. Being able to be with people is something that I want to be able to do far and wide! I want to be able to bring something to someone else’s life in the same way that others have brought that something to me.

Fast-forward to April 2017 and we performed our first magic show together at the Arts Café in Walderslade - oh my life what an experience that was. That was one of the first big moments in which we saw ‘The Big Story Trust’come alive. We have since delivered training and performed shows to over 600 people.

In the future we have lots planned. We have gigs booked that we’ve been doing for years and we plan to expand and reach out to meet more of you and do what we love doing best. This is exciting. This is awesome. This is something that is going to grow and grow and we feel so blessed to have been given this mission. We are graspingit with both hands, encouraged by the people we love the most and inspired by a God who we know has His plan for us firmly in hand.

If you have gotten this far and want to know more please do get in touch - we would love to hear from you.